Guy Wade resigned from his position as a partner in one of the nation’s premier corporate law firms to fulfill one of the reasons he had chosen a legal career in the first place: to guide individuals and small and medium-sized businesses through the judicial process and to maximize the recovery they receive for injuries to their persons and businesses arising from the wrongful actions of others.

“I’ve decided to put my courtroom experience and big-firm training to work helping ordinary people who need high-quality representation but can’t afford a big-firm lawyer,” he says. “I take a personal interest in helping people solve their problems. My clients can rest knowing that I’m fighting for them with every legitimate means possible to secure the results they deserve.”

Guy listens to each client’s concerns, understands their needs, and provides step-by-step guidance through the legal process. No substantive case decisions are made without the client’s input, and every move is tailored to efficiently and effectively create the best outcome for each client, given their specific goals.

Guy has more than two decades of experience representing individuals and businesses as both plaintiffs and defendants in complex commercial litigation in state and federal courts throughout Texas and the United States, and in representing corporate defendants in personal injury cases. Guy spent the first 23 years of his career as a partner with the prestigious national corporate law firms of Fulbright & Jaworski L.L.P. and Jenkens & Gilchrist P.C., where he primarily represented business clients across a broad range of industries in complex commercial litigation and also gained experience in personal injury litigation. By combining aggressive trial preparation and argument with effective negotiation skills, Guy has compiled an outstanding record of success for his clients, whether as a result of a trial or a negotiated resolution prior to trial.

“My sole focus is to create a positive outcome for each of my clients as measured by their goals and interests,” Guy says. “I’ve spent more than two decades learning the ins and outs of the litigation process, as well as the substantive legal principles that apply to a wide variety of situations, and I put that experience to work on every case. My goal is to give every client the same high level of representation they would expect from a big-name law firm and also with the passion that comes from fighting for what’s right.” 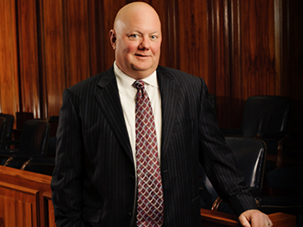